Doha World Championships in marathon was the highlight of my this year’s racing calendar. I prepared for it carefully. 26th place among 73 runners was a great achievement. The time 2.17.38 was better result than I expected due to the high temperature and the midnight race. Mens race was different than womens race due to the lower temperature and the lower humidity levels. 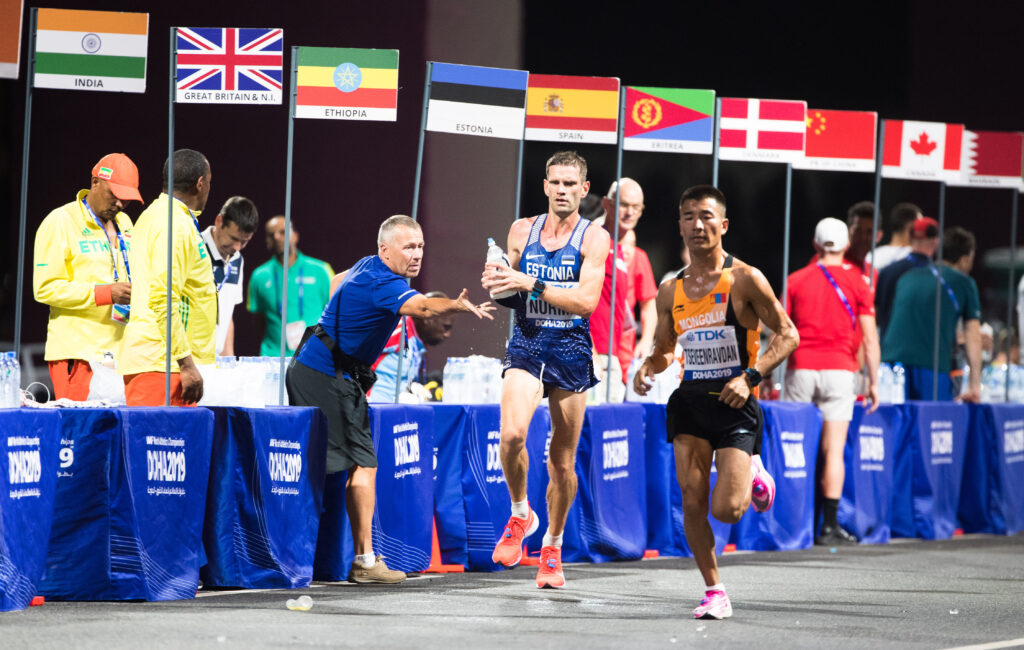 The last preparation was done in Colorado Springs were I spent 6 weeks of training. The air temperature during my trainings in Colorado was similar to Doha, but the humidity levels were significally lower. I travelled from Colorado to Doha 72h before the marathon. This decision was made because of the 9h time difference. If the race started at midnight then the time in Colorado was 3 pm. I attached on the hotel door a sign “no disturbunce until 4 pm.” Due to that I saw the dailight only 2h in the day. 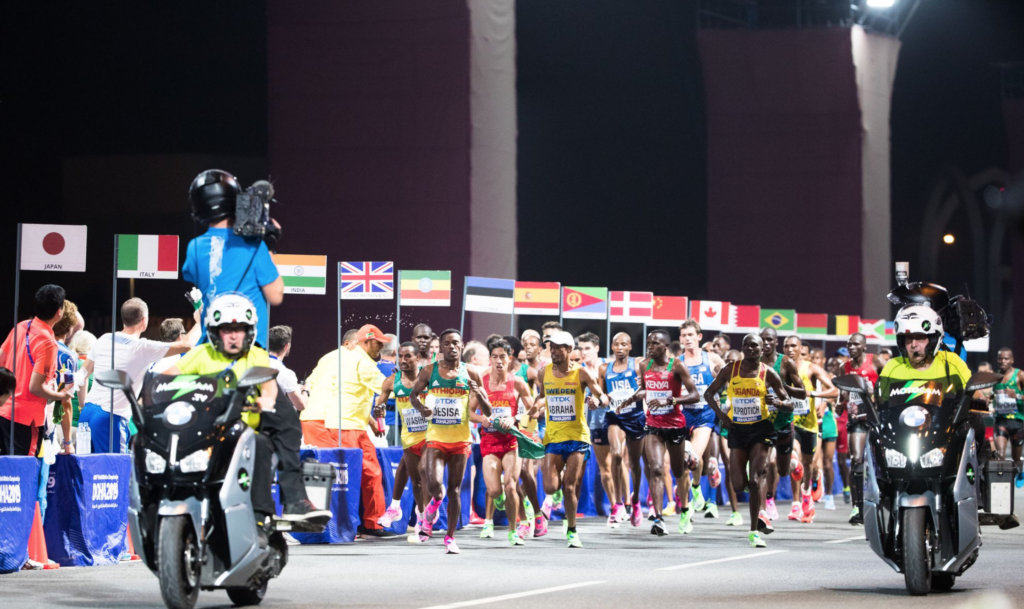 The major championhsips are always important in our sports and the days before the race the mind and the body is getting tentioned. Just week before the race I got an small injury on to my ankle. Fortunately I could stay calm with the help of God and continued my normal routines. The leg did not bother me during the race, but gave me a good mental and spiritual boost.

Our team did an outstanding job to help us (me and Roman) out during the race. Every 3 K and 4 K they provided us with the ice hats, cooling water and the sports drinks. Behind the table there were two people working for us, one was breaking the ice and the other filled the hat. Finally they had to tape everything together. The coach Mark Misch was serving us with the information troughout the race. Thank you: Kristel Berendsen, Harry Lemberg, Kaur Kivistik, Risto Jamnes, Mark Misch, Nick Schuetze. 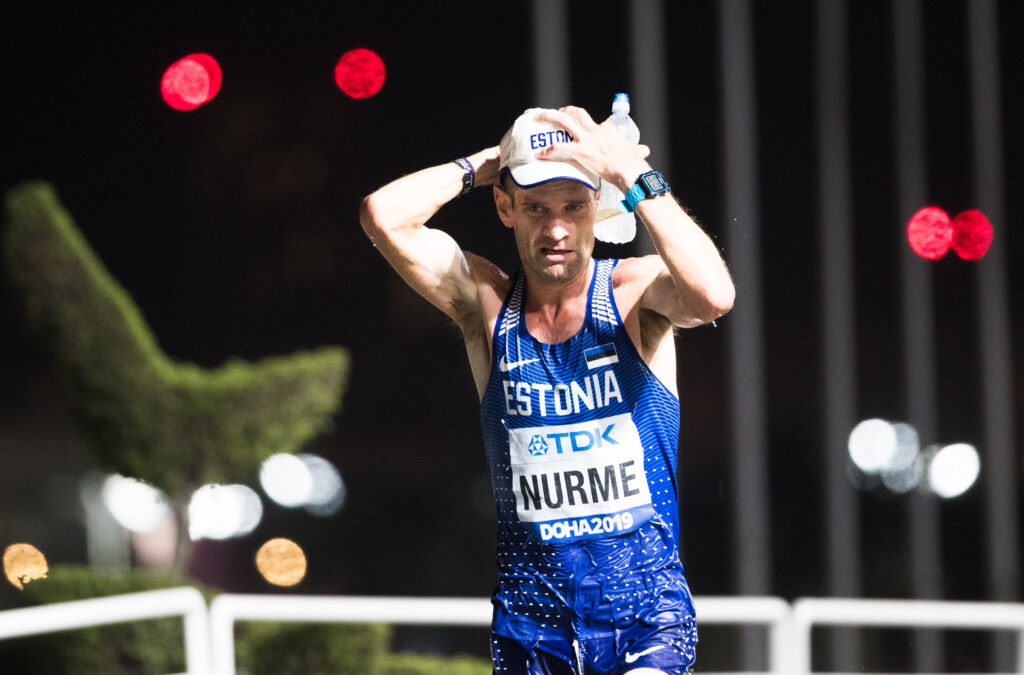 My performance was very good, but not the ideal. The moments before the start we had to change our strantegic approutch to it. I had to start faster than planned the day before. Mostly because of the weather change. I started much faster and took the risk, but still running alone most of the race, behind the elite group. The first half marathon was 1.07.44. If I could maintain that pace, it could have given me position 21 instead of 26. Unfortunatelly I slowed down a bit at the last 7K loop. 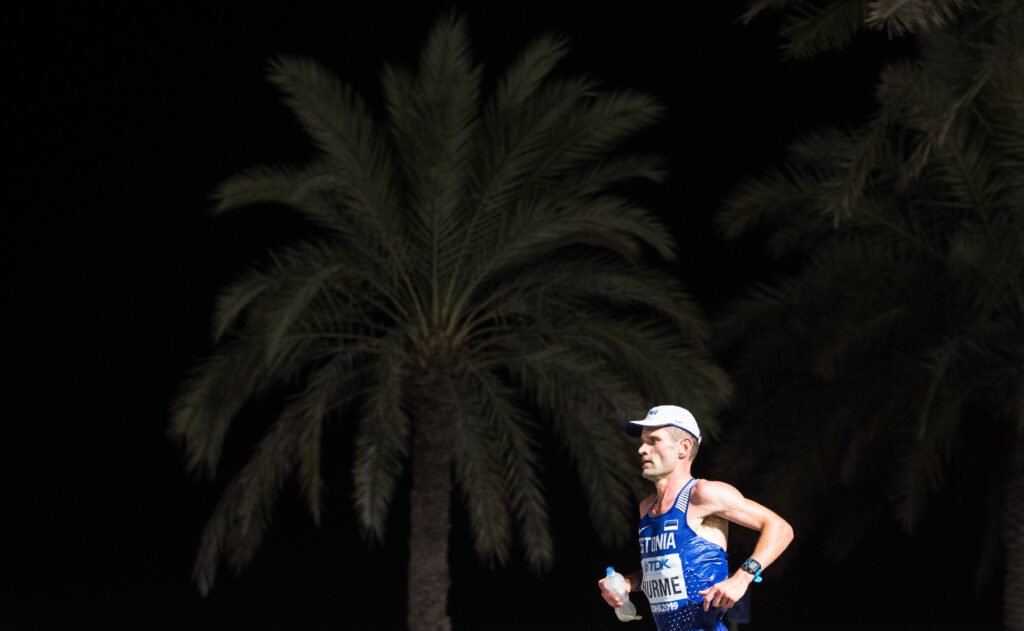 I am proud of my teammate Roman Fosti who finished 33rd in that race. Knowing that how much effort he puts into the sports and how grazy he qualified for those games, I could say that God’s favor has been with him as well. I have been lucky to have him around in many championships and every time I enjoy it a lot. I truly hope and believe that we have a chance to run together in Tokyo 2020. God knows, but we are doing the work! 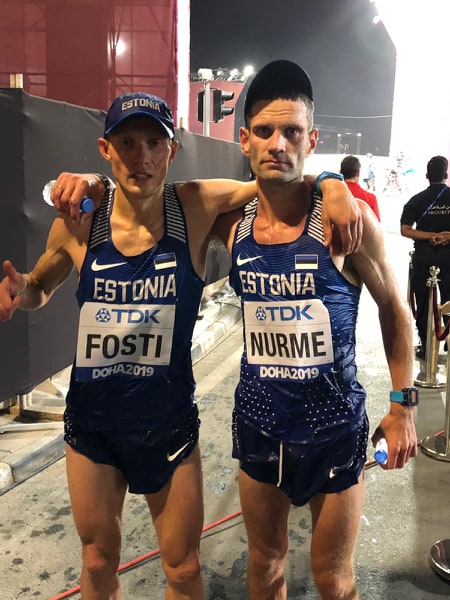 This new webpage was made by Jakob Gill – thank you!